Animals in the circus live very hard lives. Their place is in the wilderness at large. Toshka has gone through that ugly period of life and now after 25 years he is finally free. And he really enjoys his freedom. 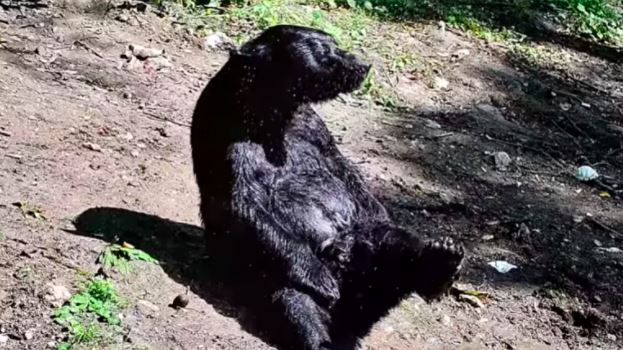 When that hard life finally came to an end, this bear ended up in the sanctuary in Satanov, Ukraine. This place is really beautiful and this unfortunate bear finally has a chance to live in peace. When he first got there, it took him a while to get used to it, he was scared. 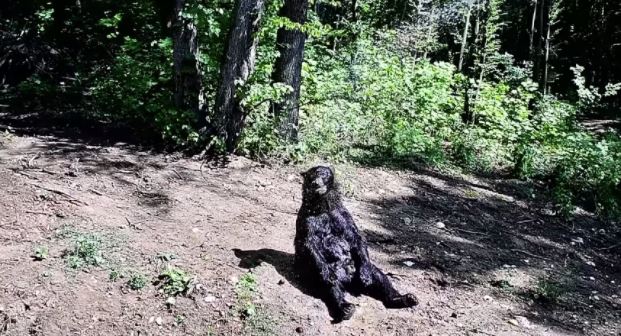 It soon became clear to him that none of these people wanted to hurt him, so he began to act gentle and friendly. A volunteer from that place said that this bear was very scared of people, hiding in the bushes for about two weeks. Although he spent a lot of time in the circus, now he finally has a chance for a new life.

Toshka now enjoys freedom and sunny days every day. He was once filmed enjoying a shower on a sunny day.

From the shelter they say he loves to sit in the sun for a long time and take a shower.