It’s obvious that it’s not just humans who sometimes struggle with childcare.

This Singa lion shows that he has the same situation with the cubs, because their mother is not there. 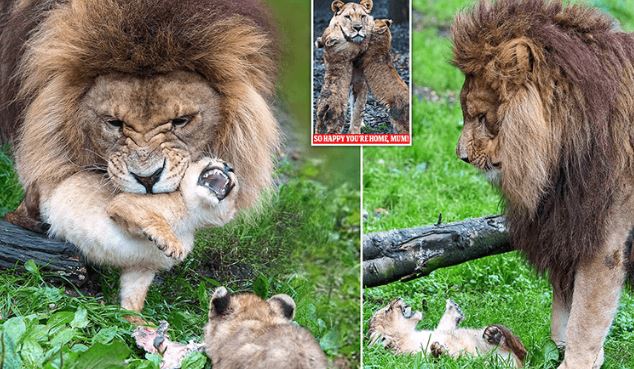 It was very difficult for him to take care of the cubs at Pakawi Park Zoo, Belgium.

At that time, the cubs’ mother was undergoing treatment. 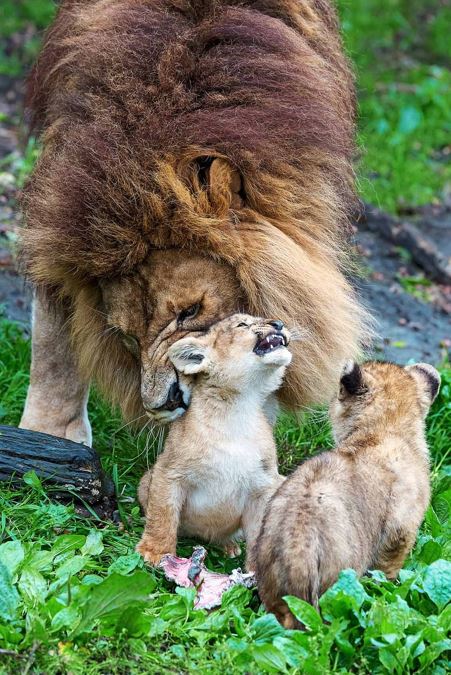 Singa tried his best to cope with the cubs, but it was not an easy job. 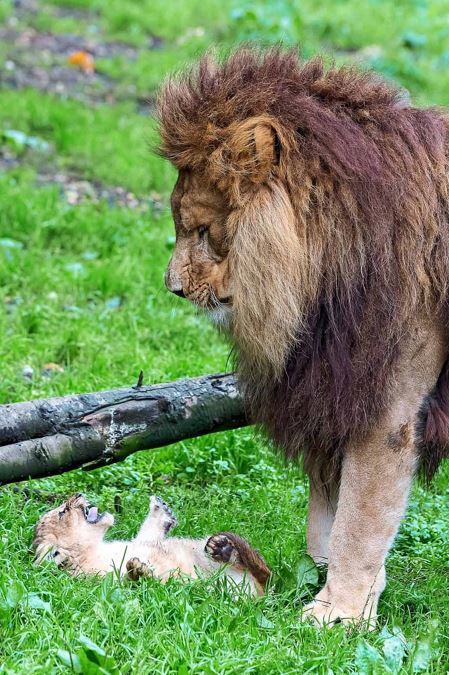 The mother of these cubs knew very well how to carry them, while the father is clearly not skilled at it.

Whenever he tried to take them somewhere, they would cry. 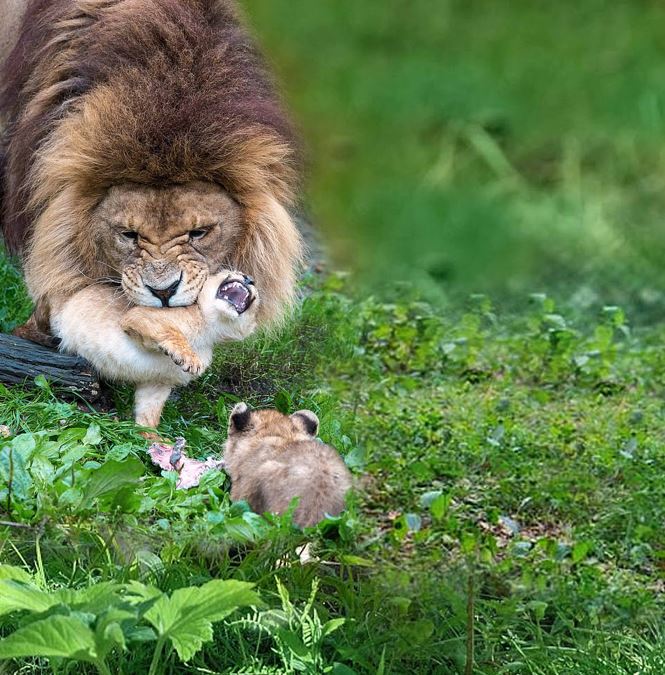 As the photographer Linda Smit said, Singa was not very skilled in carrying her cubs, because it was mostly done by their mother.

However, all was well until his cubs started biting his tail. Then he became angry.

When their mom JJ finally came back, the cubs were very happy. 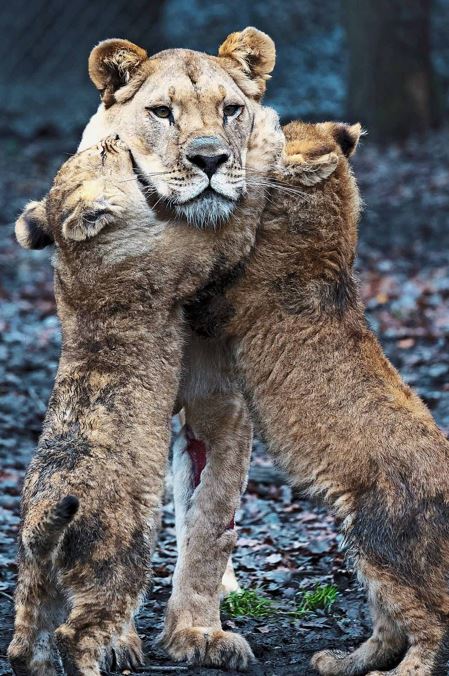 It is obvious how much they missed their mother.