Many times we have heard situations when dogs saved their owners, their best friends. Yet this is a story in which flight attendants came to the aid of a dog when he needed it.

Michele Burt was with her husband Steven and her dogs on a JetBlue plane flying to Massachusetts from Florida. They expected a relaxed flight because they have a lot of experience with flights, it was not their first but one of many. Steven and Michele placed their three dogs in carriers that were under their seats the entire time. During the flight, the woman realized that Darcy, one of her three dogs, could not breathe properly. 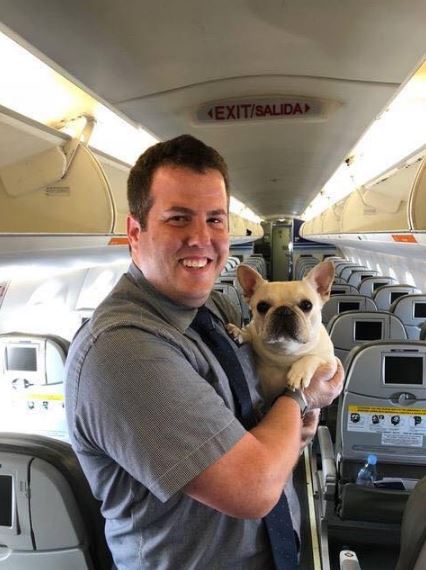 Soon the woman opened the door to her little French Bulldog even though she knew it was not in accordance with the rules.

As she stated the tongue of her dog turned blue, which clearly indicates that she did not have as much oxygen as she needed. So she put it on so the dog could relax and breathe normally.

Renaud Fenster was a flight attendant who knew absolutely nothing about the event at the time, so she told the woman to bring Darcy back to where she belongs solely because of the rules. But she saw that the situation was serious, so she talked to Diane Asher, a flight attendant who works with her, and then they hurried to help as much as they could. 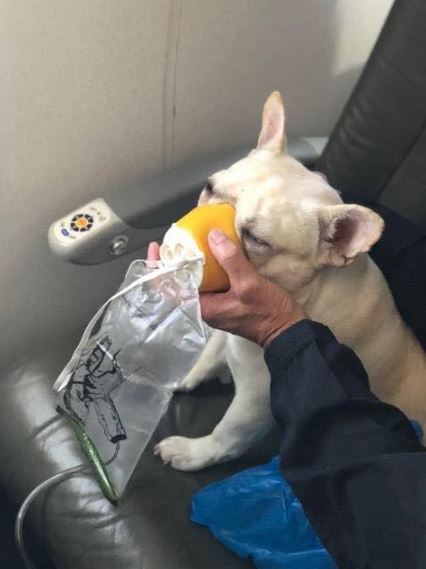 At first, the crew members tried to help with ice to refresh the little helpless dog, but it didn’t work. After a while Renaud thought of something else. She also owns a dog of this breed, so she had another proposal that went against the rules, but it was still about the dog’s life.

Soon this flight attendant came with an oxygen tank that had a breathing mask with her and gave it to the dog owners to help the dog. In that way, the life of this beautiful creature was saved. 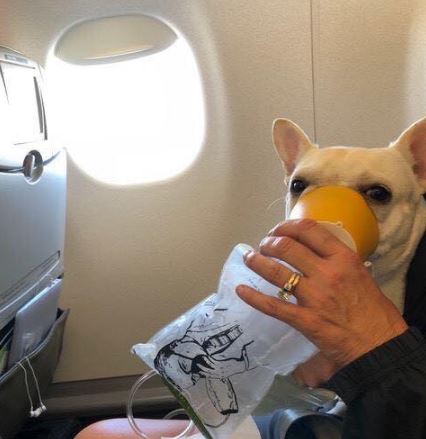 Clearly, the gesture of these flight attendants was key to Darcy’s survival. Since they did this even though the rules did not allow it, the owner of the dog, Michele, wrote them a letter thanking JetBlue and the two of them for doing their job well and being very good people.

On the social networks of The Everyday Jumpseater you can find the whole letter sent by Michele.
JetBlue company was very happy and proud of the good deed done by their employees. They say that their goal is to inspire humanity and that they are very happy because of such situations in which the passion of their employees towards customers and services towards them is shown.