Ludwig C. Timm once experienced a special moment when he accidentally saw something from the bathroom window in his house that he does not see every day. 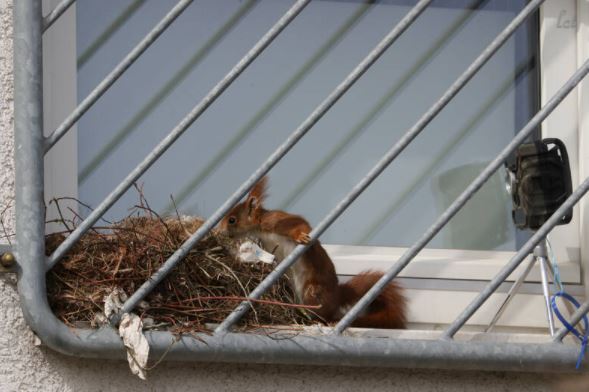 He says he first saw only some twigs on a plank by the window thinking they got there because of the wind, and then he saw squirrels.

It was a place chosen by squirrels to build their nests there and establish their future. 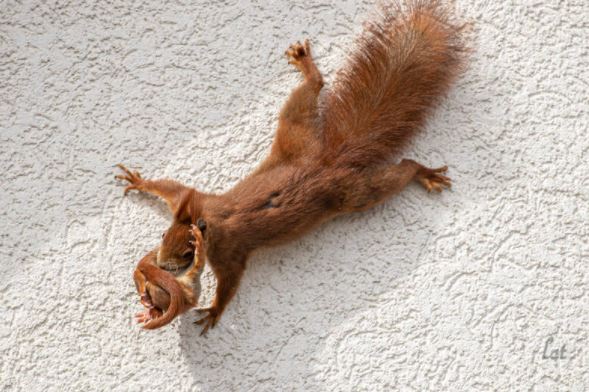 Timm is also a photographer by chance, so he managed to capture all these rare moments so that we could enjoy them as well.

The photos posted by Timm have ended up on social media, and they show the beginning of nest building until these squirrels grew up. 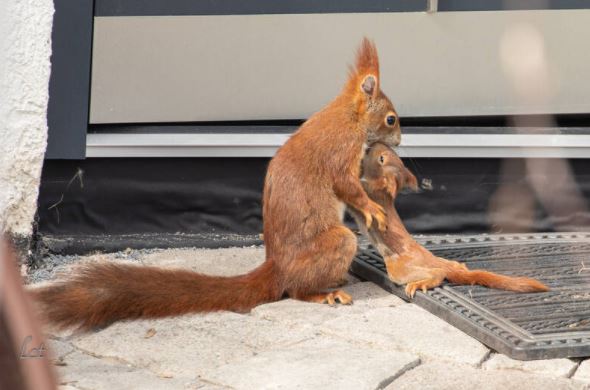 Every day he tracked and recorded some moments in their lives.

One of the more special photos Timm took was the one where all the squirrels are gathered and sleeping together. 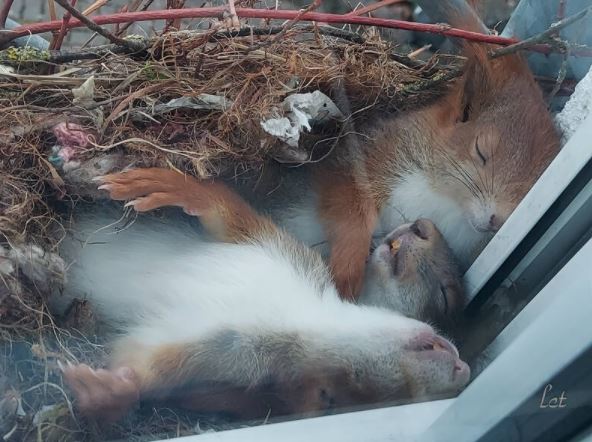 Ludwig was very happy to have the opportunity to capture a photograph of this sleepy squirrel. Although they are mostly in their nest, they are not due to the heat that day. Luckily they were where Timm could cast his eye.

We believe that seeing a squirrel family like this up close is truly amazing. Thanks to Timm for sharing these photos, we hope you all enjoyed watching them. Truly fascinating scenes.