A really touching video was recorded where a mother calms her baby and then realizes that a deer has appeared with the same intention. The deer ran out of the woods when he heard crying, he wanted to help the baby. Just under 30 million people watched the video, and the reason is clear to everyone.

Hanna Burton is a mom trying to soothe her baby, who was crying for some reason. She soon experienced an incredible moment, which she never dreamed would happen. At the time, Hanna was on the deck of her home in New Lexington, Ohio, with her newborn Charlie. 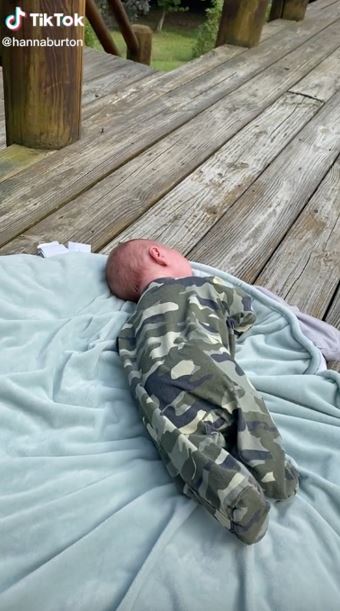 Charlie was on the blanket while his mom was next to him, calming him down. At that moment, a wild deer appeared, which headed towards the mother and the baby. Hanna knew why the deer wanted to come, but she tried to show that everything was fine. These are probably the maternal instincts of the animal so she tried to help. 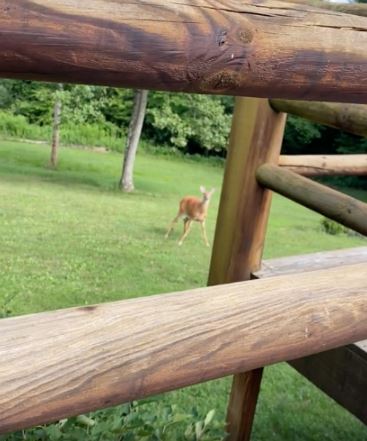 In the video, you can hear Hanna trying to explain to her little baby what happened. 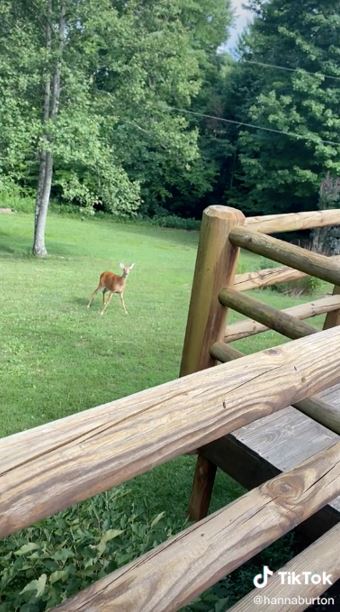 Hanna managed to capture this interesting moment with a camera and share it for everyone to see.

Below the video were various comments, mostly this was very interesting and sweet for everyone. Still, some criticized Mom for this situation, but she eventually explained everything and showed how Charlie sleeps comfortably and peacefully in that place.

There was also a discussion in the comments about the reaction of this animal, and then someone wrote that this is how deer behave because they think an animal is in trouble, so they want to help it. Otherwise, they behave quite protectively.