This bird is considered by many to be the most beautiful in the world, and you will quickly understand why.

Mandarin duck has incredibly beautiful colorful feathers with its special shape. It is truly a unique animal. 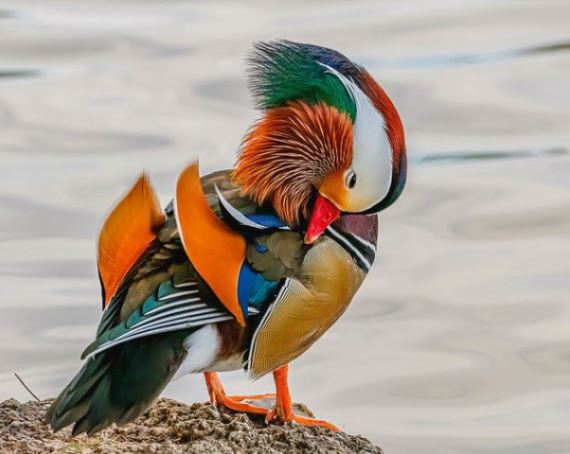 There are quite a few of them in East Asia, where they actually come from. It is not uncommon to see them in the UK as well.

The Mandarins were the ones who brought them from China in the last century. However, a lot of them left and made sure to make their own colonies, so they were bred in some other countries as well.

These birds have an orange face and a red beak, and are mostly colorful.

The front of their body is purple, while the back is blue with orange “sails”. 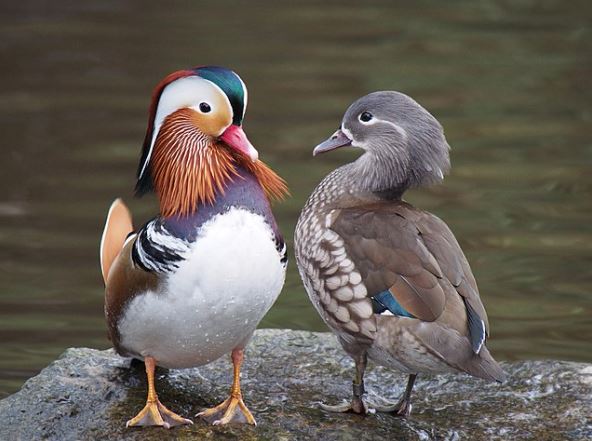 This is what males look like, and females are quite gray, with small shades of white. 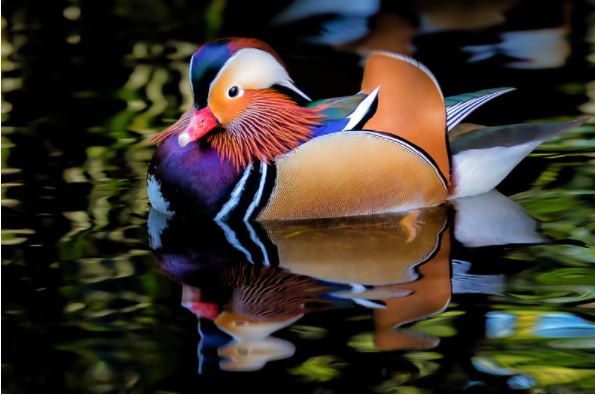 This bird can also be seen in North America, but really rarely.

Since they did not have natural predators when they first came to the west, there was a considerable fear that they would start behaving aggressively.

The edges of the rivers are one of the places where these ducks breed. They usually do this in dense areas covered with bushes.

It is not impossible for them to breed at high altitudes or valleys, but they still do it lower next to fresh water. 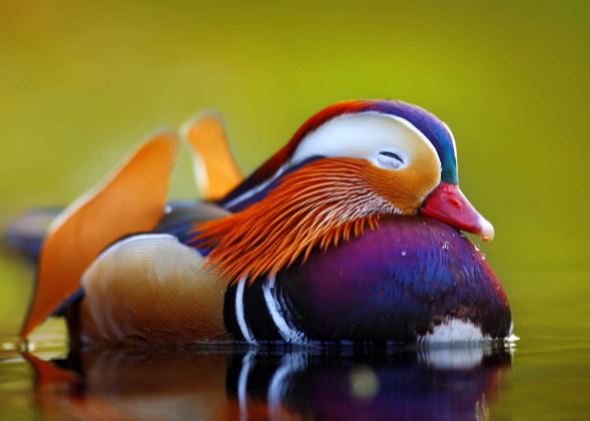 They often feed on seeds or plants, but they also like insects, snails and some small fish. They do not eat the same food in every season.

This bird is not known as an endangered species, but they have the biggest problem because they can lose their habitats due to tree felling. 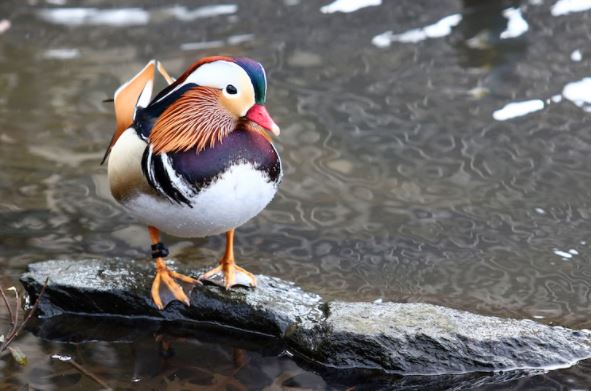