There are only about 300 Asian elephants in China, which is why they have become an endangered species. This is the reason why these elephants have become so noticeable during their journey. 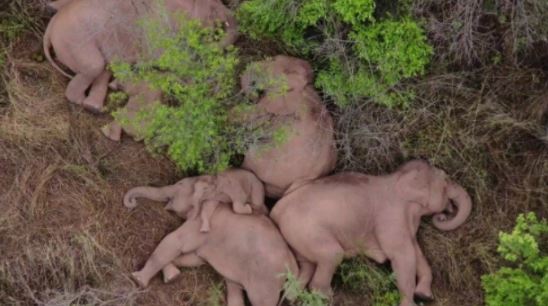 There are 15 of them here, including 3 calves. One of these 3 was born during this amazing journey. The whole group are females, there is only one male and he did not stick to the herd until the end so in the end he was separated by about 4 kilometers. 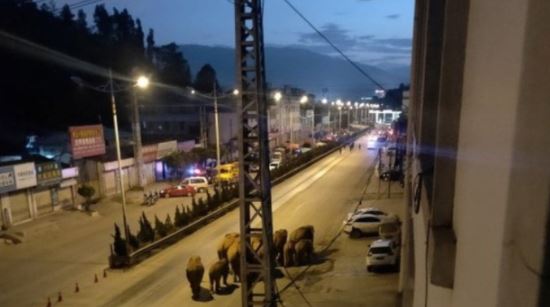 It is never known why they leave their true habitats, but still go a long way. 500 kilometers is a very long way, especially for animals.

Police were constantly with the elephants during their trip which lasted an incredible 15 months. Over 500 people took part in it and it was filmed with 14 drones. The responsible people from that place were very careful with the safety of the elephants and repaired what these great creatures were tearing down as they passed.

According to scientists, they are fascinated by this feat of large animals, but they also have a dose of concern. Due to this, potential environmental problems in this country are not excluded. Since the animals travel north, their home could find itself in trouble. Degraded environment, declining rainforests and lost their own habitat could adversely affect their lives in the future. 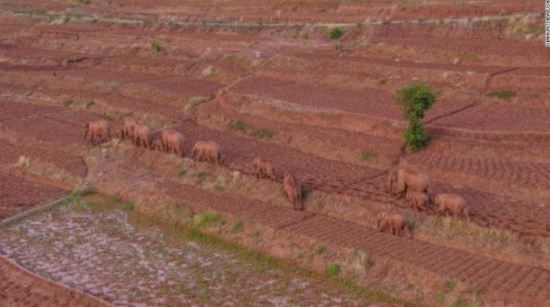