Hannie Heere is the woman responsible for this amazing sight we have a chance to see.

This 63-year-old Dutch woman is engaged in wildlife photography.

She was spending time outside, and then at one point she spotted a little barn owl. Of course, she decided to record it on camera because that moment is not seen very often.

While they are very young, owls still do not flutter their wings. So it is clear why this little owl is running on the grass.

We’ll probably all agree that this little creature really does look too cute. Fortunately, Hannie was in the right place at the right time. 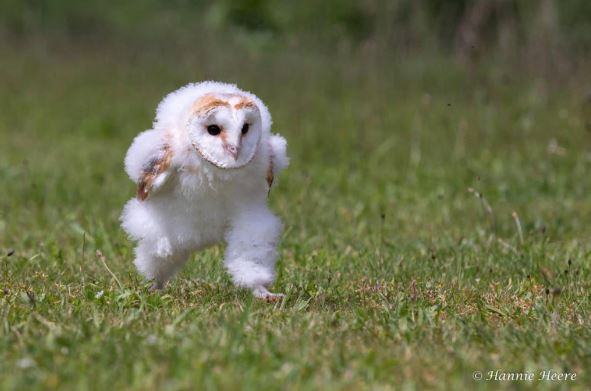 For PetaPixel, Hannie said the photo was taken from a lying position while she was about five meters away.

It is fascinating that the little bird were not afraid of anything at all.

As soon as this scene hit the internet, it became popular.