Michael Cardenaz really looks impressive. However, in addition to his incredible appearance, he is a man with a big heart.

After he saved the little hummingbird, the two became very good friends.

A few years ago while Michael was spending time on his porch, a small hummingbird landed on his hand. As he said, at that moment he knew something was wrong.

It’s obvious that Michael loves dogs, but this time he has a different kind of friendship. 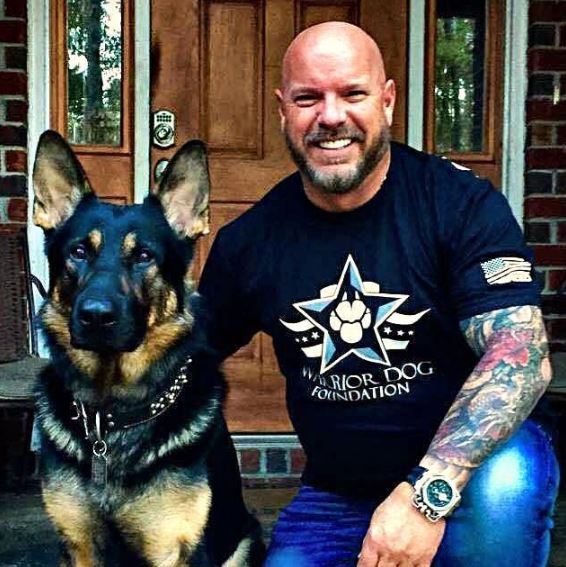 He soon realized that the little hummingbird was hurt, so he did his best to help it.

The little hummingbird’s wings were not in the best condition. Michael fed and cared for him until the feathers on his wings grew back, allowing him to fly. Michael named him Buzz and took care of him for almost two months. 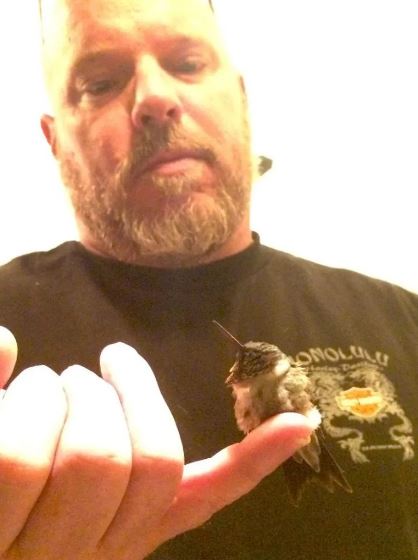 This is not the first time that Michael has given an animal a new chance at life. As the other animals also left and never came back, he thought it would be the same now.

However, Buzz, after flying away recovered, decided to return again.

For the next few springs, Michael’s little friend visited him. He was obviously very grateful for helping him through his difficult times. 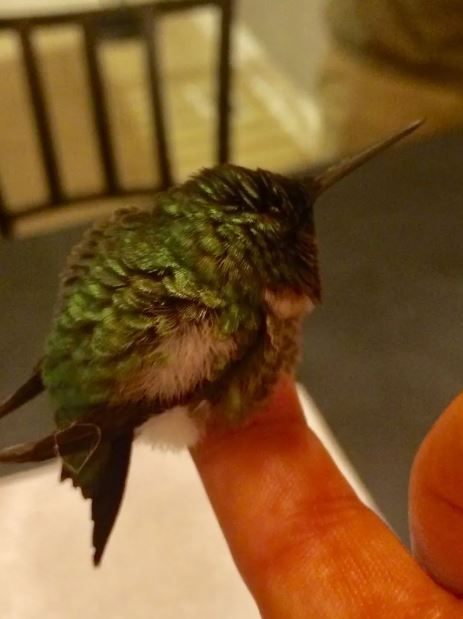 It is clear that appearances can be deceiving. Michael definitely doesn’t look like the kind of man who would take care of a hummingbird, but he really does. This man truly has a big heart.