Most people immediately think of domestic animals at the mention of pets. Mainly on a dog or a cat.

However, this is a calf that was saved. As Shaylee Hubbs told ABC News, when she and her family decided to save this calf, it was very helpless. 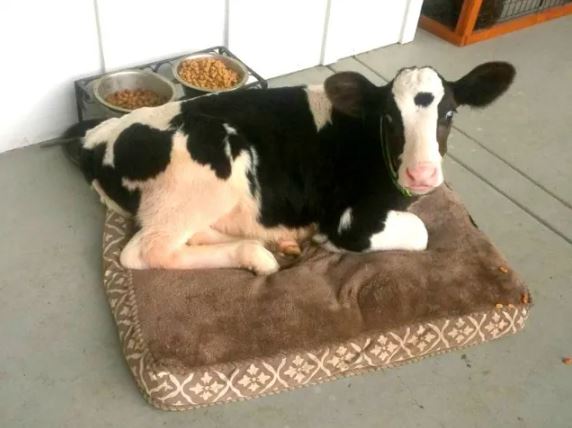 Goliath soon became part of this family. Along with him, there are also three dogs.

This is probably the reason why he acts like a dog. 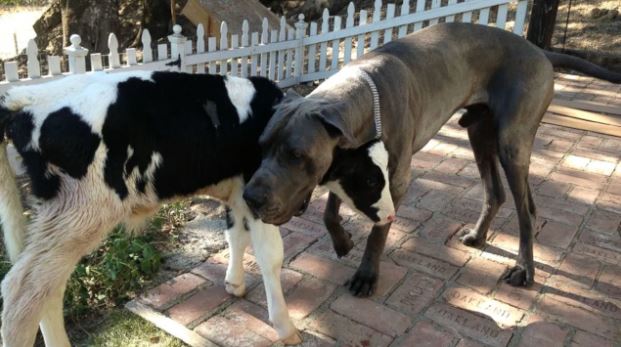 Leonidas, one of the family dogs, and Goliath became very good friends. They spend a lot of time together.

The woman from the family is convinced that Goliath considers himself a dog. He does everything the other dogs in the house do. 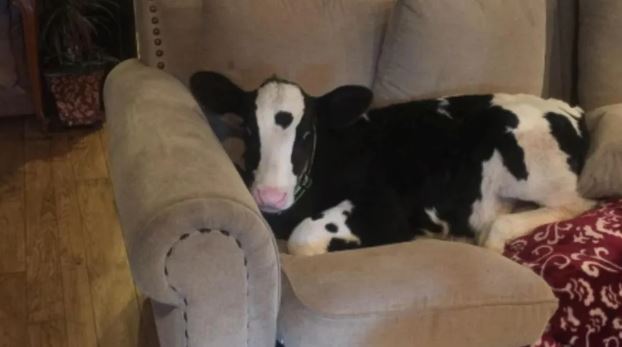 Goliath learned to open the door himself. Now he often lies down on the couch in the house.