We all know that there are many friendships between animals, and even those of different species.

These are mostly dogs and cats, we recently wrote about a tiger, a bear and a lion that fascinated us, but now it is an animal that has adopted another animal even though they are not the same species. Truly amazing.

A few years back, a unique case was recorded where a bottlenose dolphin adopted a small whale and decided to take care of it.

This happened in 2014 when a bottlenose mother was spotted next to a calf that didn’t look the same as her.

There was a difference in the beaks of bottlenose dolphins and this little unknown creature.

Soon, scientists were able to figure out that it was a small whale that was left an orphan. He was a completely different species.

The whale’s behavior began to resemble the society with which he spent time. 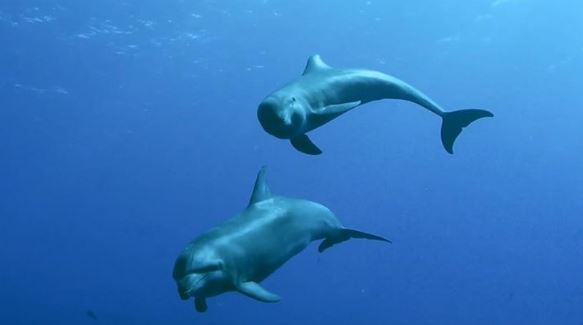 It is not uncommon for an animal to adopt another animal, especially if they are not the same species.

In 2006, there was another case that was scientifically documented, and it was also about the adoption of orphans of other species.

Patrícia Izar, a primatologist at the University of São Paulo, then followed the capuchins who took care of the little marmoset.

As she says, those were the moments when they couldn’t believe what they were witnessing.

Since adoption is also an amazing act in humans, scientists are very surprised and happy when it happens in animals.