We are not even aware of how amazing and great nature can be, but it is there to remind us in some special ways.

This time she showed it with fascinating scenes in Monteray Bay, a place known for whales. 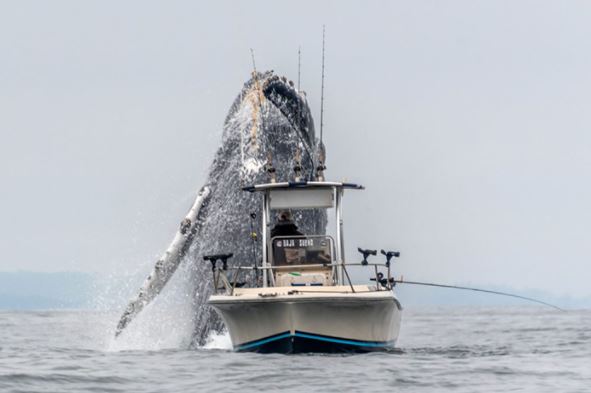 It was a large humpback whale, which emerged from the water near a small boat.

He stated that the whale was of unimaginable size and that he should probably change his underwear in the place of the fisherman. 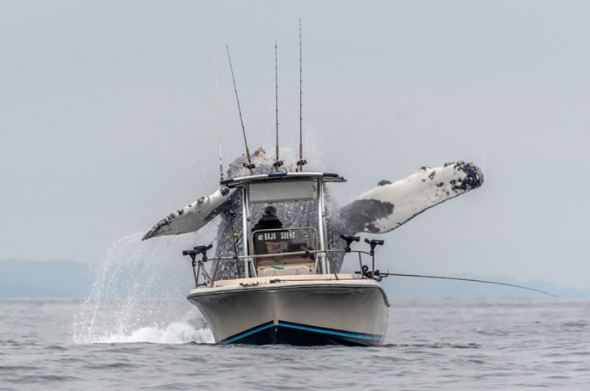 When you combine this little boat and a good way of shooting, this incredibly big whale looks even more amazing.

Douglas said that this perspective of looking at the whale is due to the shooting below deck from a window located near the waterline. 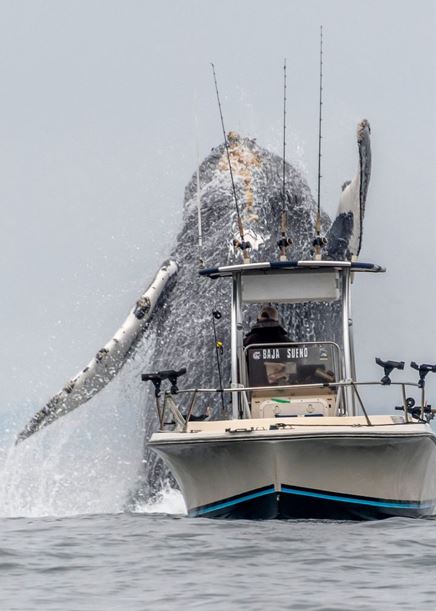 Douglas wasn’t the only one in the place, with him was Kate Cummings, who filmed the incredible emergence of this magnificent whale.

As Kate says, it was great to film that scene. This is not the first time this whale has risen above the water, but before that it was quite far from a boat with fishermen.

They have a certain direction as they swing underwater for the next ascent. Kate had a good feeling because she knew this ascent would be very close to the fisherman.

She understood that from the previous movement of the whale.

But she also says she was surprised at how well the whale and boat fit together in one scene. 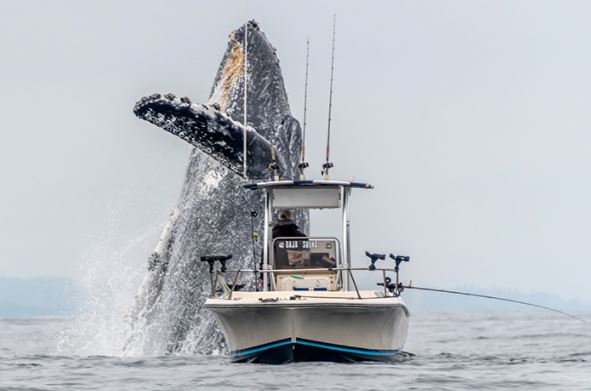