As much as dogs are considered dangerous to be near small children, sometimes this turns out to be the best possible thing. Pitt bulls do not have a very good reputation and can often be dangerous, but not always.

A mother, Latana Chai, from California, considers her dog a hero because he saved her baby. According to her, from the very beginning, her baby Masailah and Sasha, the pit bull, were very close. Very little time passed between their births. They do all together. The real love between the two became clear when their building caught fire. 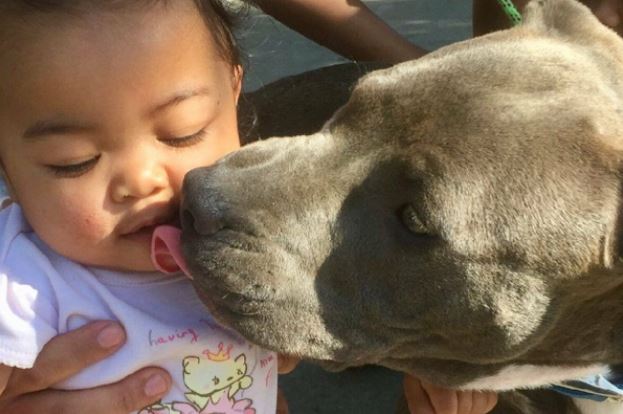 It was Saturday, just after midnight, this dog started behaving differently than usual. Chai told Kare 11 that she heard some strange sound, and then their dog came and started jumping on the door. When she opened them, the dog came in and just start barked.

Then Sasha ran to the room where the baby was, and at that moment Chai saw smoke coming down due to a fire from house of their neighbour. 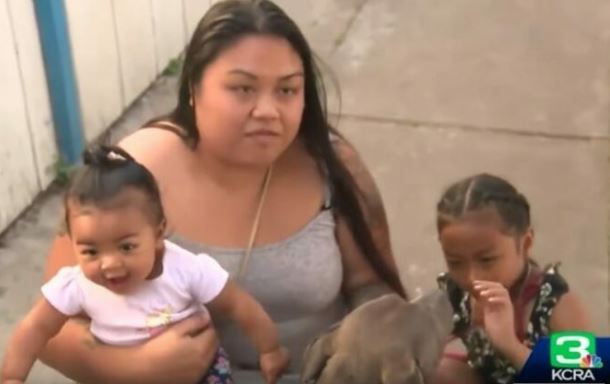 Mom realized at that moment that they were in danger, so she hurried to her daughter, but there she was surprised. This amazing pit bull, Sasha, took Masailah by the diaper and took her to a place where she was safe.

The family is aware of this action of Sasha and they are grateful to her for it. In most cases, it is not important which dog the breed is, but how it is raised and how it is treated. These are really good creatures.

In this video you can see a little more about this amazing dog and the event itself.