This dog had a great celebration of his birthday, thanks to his owner Choco.

Many people around the internet are fascinated by this homeless man from Colombia and the way he celebrated his best friend’s birthday.

The camera recorded Choco José Luis Matos hanging out with his canine friends, then congratulating his little dog on his birthday and going to share the cake.

Rótelo is a journalist who deserves credit for watching this video. He decided to shoot the video at the right time, so he eventually shared it on Instagram.

A lot of people who watched this beautiful video decided to send some gifts to this man. Everyone is very grateful to him for everything he does for dogs. So this is one way to show his gratitude.

On Instagram, he revealed that this celebration was actually intended for one of his dogs.

He also said some other things like that he would love to have a music career and that one day he would like to have an animal shelter. 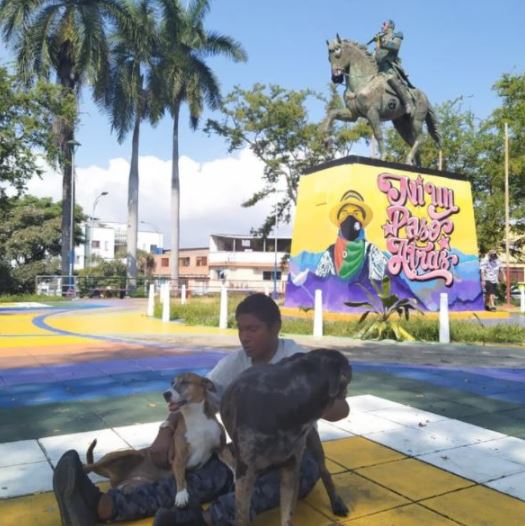