Jamie Traynor from The Rhino Orphanage came to rescue Jamila, a little rhino who was left without a family, as soon as they called her.

She was attacked by a poacher when she wanted to help her mother, and she was still very young.

When people who rescue these animals find some of them, they often put blindfolds on them and cover their ears. This calms them down because they are under stress due to the loss of a family. 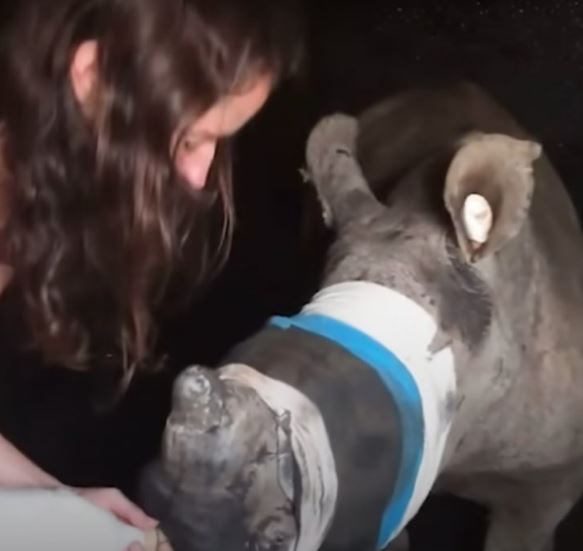 When such a small and sad animal comes to the orphanage, a lot of work has to be done with it. That’s exactly how Jamie behaves. She spends a lot of time making friends with a rhino and making that animal start to trust her. 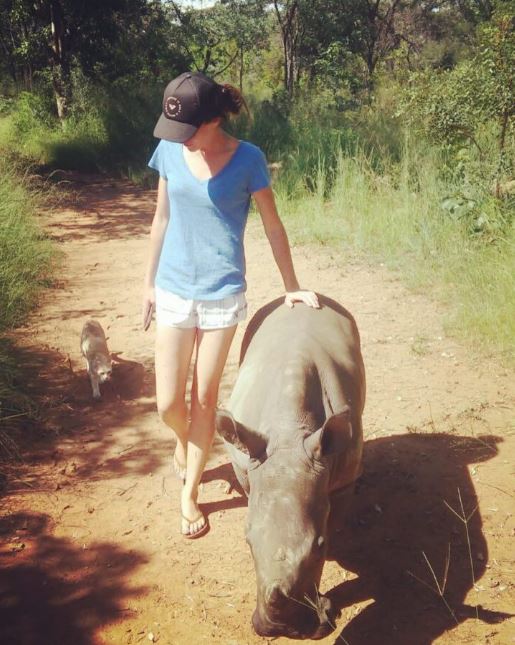 Jamila was in the presence of people from an early age, so Mewie, Jamie’s cat, volunteered to guard the rhino. 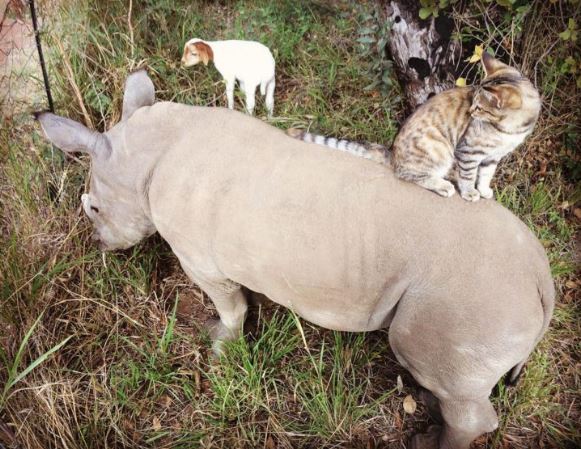 Jamie says Mewie always went where she and Jamila went. 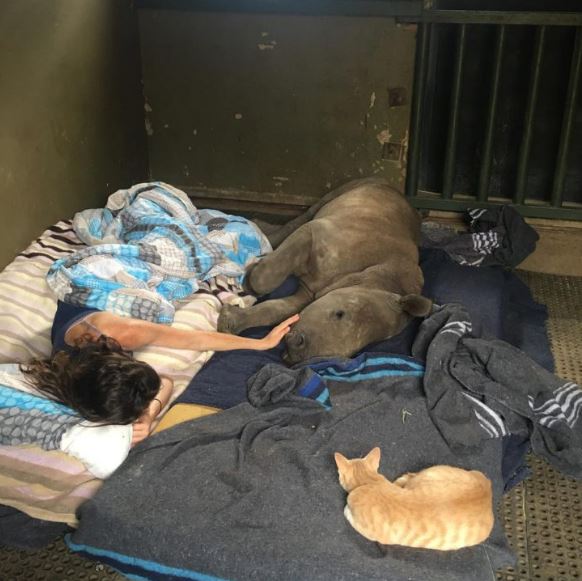 Jamie was very dear to Mewie so she always followed her. Jamila liked that too, so the friendship between them was very good. 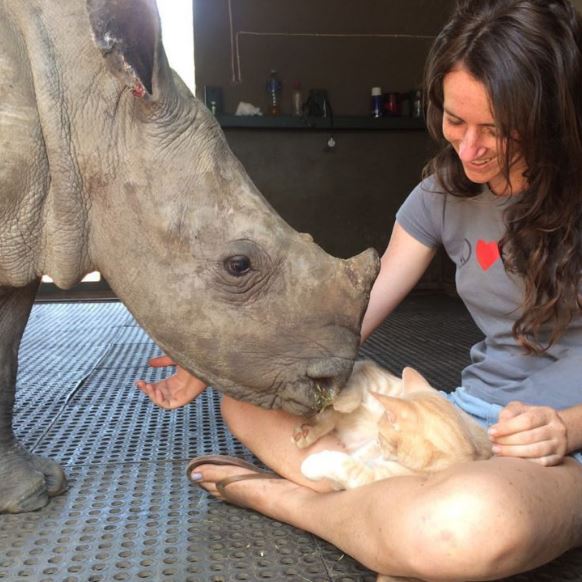 Obviously Jamila fit in very well with this company, but it’s really funny to see a rhino and a cat hanging out. 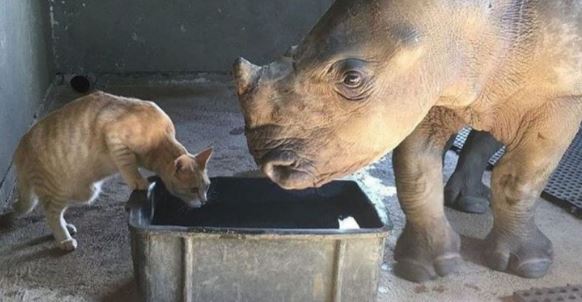 Here you can see Jamie in The Rhino Orphanage.

Jamie said Nandi likes to lie on someone. She simply lowers her head into someone’s lap and enjoys it that way. And she really has a big head. 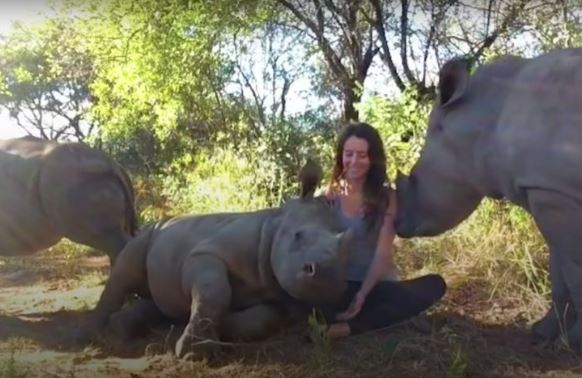 They say that they are very different and dear animals that are beautiful to spend time with. 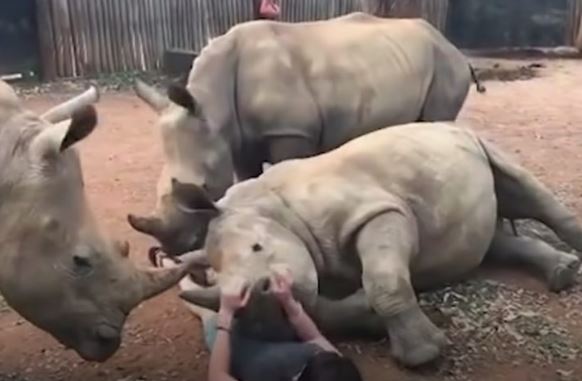 In some ways they are similar to dogs, they come up to you and then lie down and expect you to pet them on your stomach.

They are so cute.