Ellie lived through a very difficult period of her life.

She is an elephant who was rejected by her herd. However, she meets a little dog that changes her life. 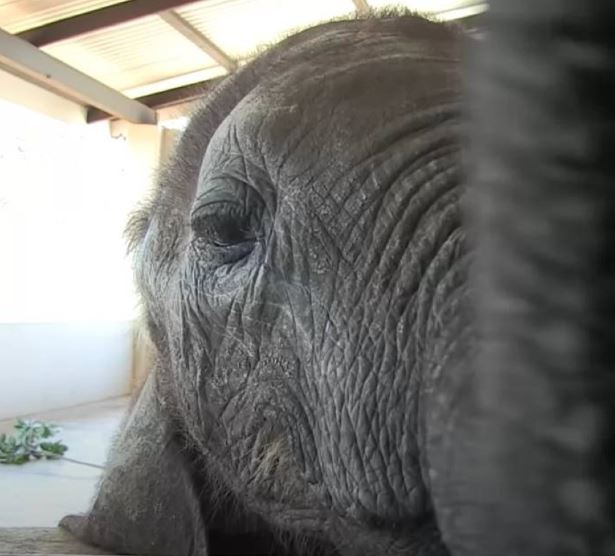 She suffered from chronic diseases after birth. This is the reason her herd separated from her.

When the people of Thula Thula Hippo sanctuary found out about the story, they decided to help her. This sanctuary is located in South Africa. 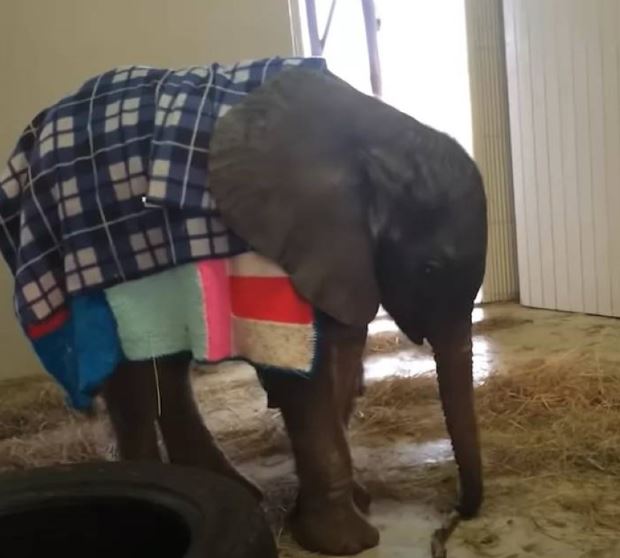 Many animals have been helped in this sanctuary, including the unfortunate elephant Ellie. 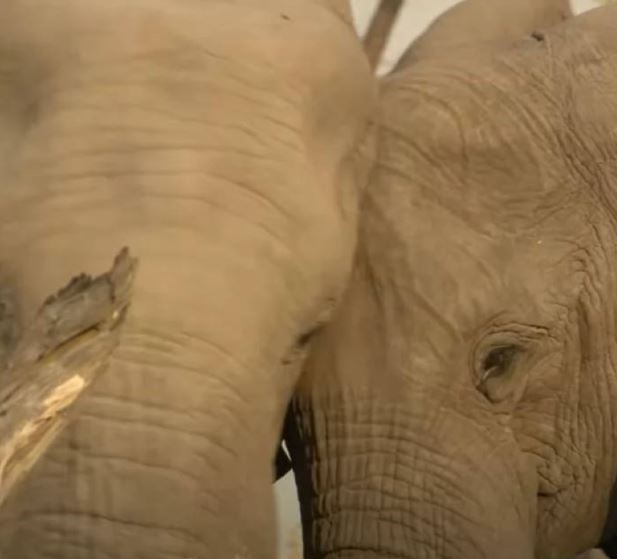 When they diagnosed the disease of the unfortunate elephant, they immediately provided her with help.

They were doing their best to change this creature’s life. 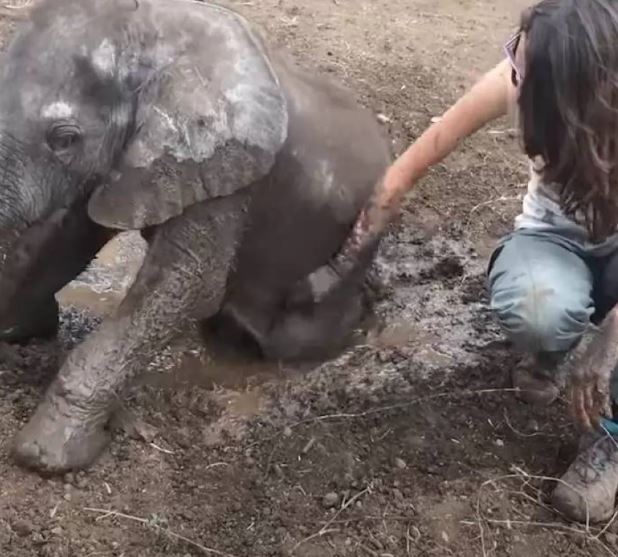 The people of this sanctuary had to do a lot to help the elephant. Her illness was an umbilical hernia.

These people did their job very well. 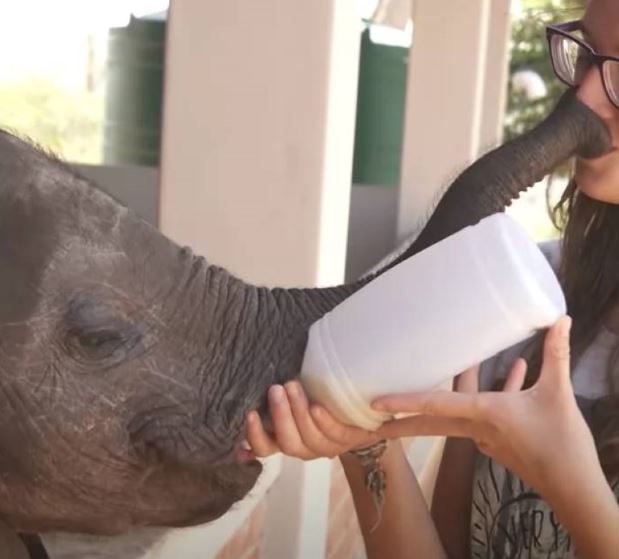 Especially milk, rice, proteins and minerals were needed by the elephant in order to recover properly.

Everything went as it should.

Her strength was slowly coming back and her recovery was going in the right direction. 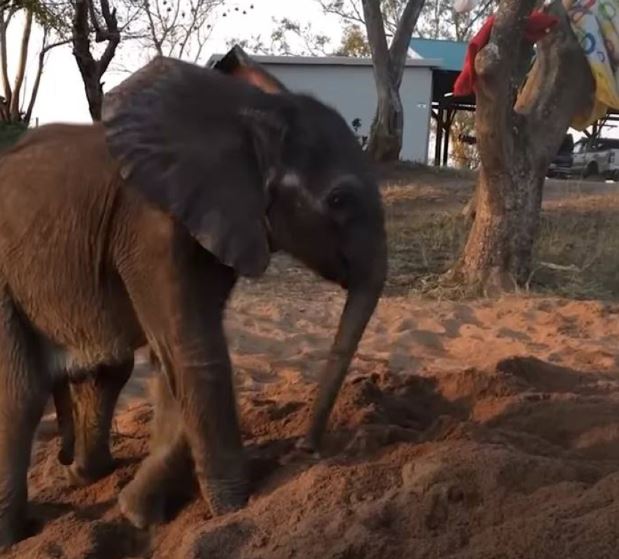 The only problem became the social life of this animal. Until one moment.

When she met Duma, she became very happy. 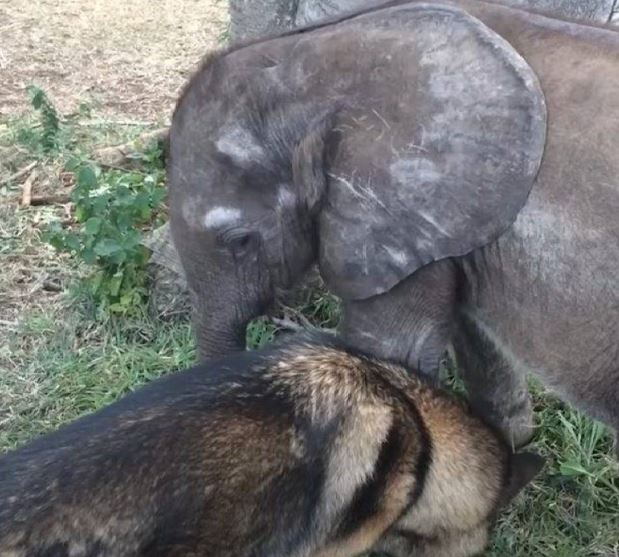 Ellie and this dog got along really well from the start. Although they are different animals, this did not prevent them from having a very good relationship.

They constantly hung out and played. 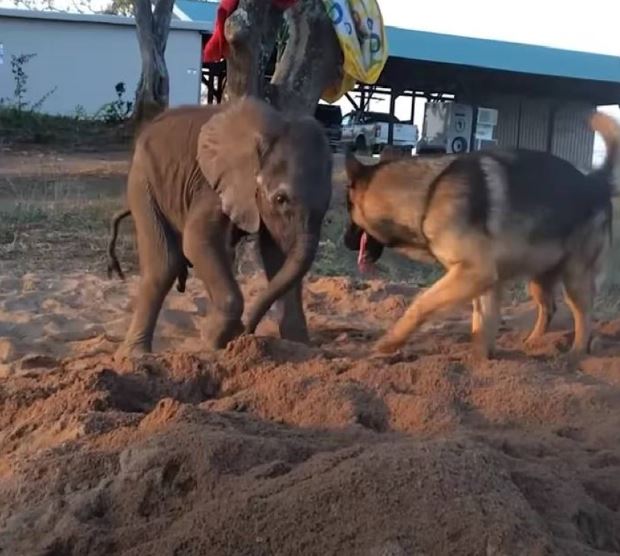 After being abandoned by her herd, Ellie finally found true companionship.

She became very happy hanging out with Duma, and her emotional life became much better.